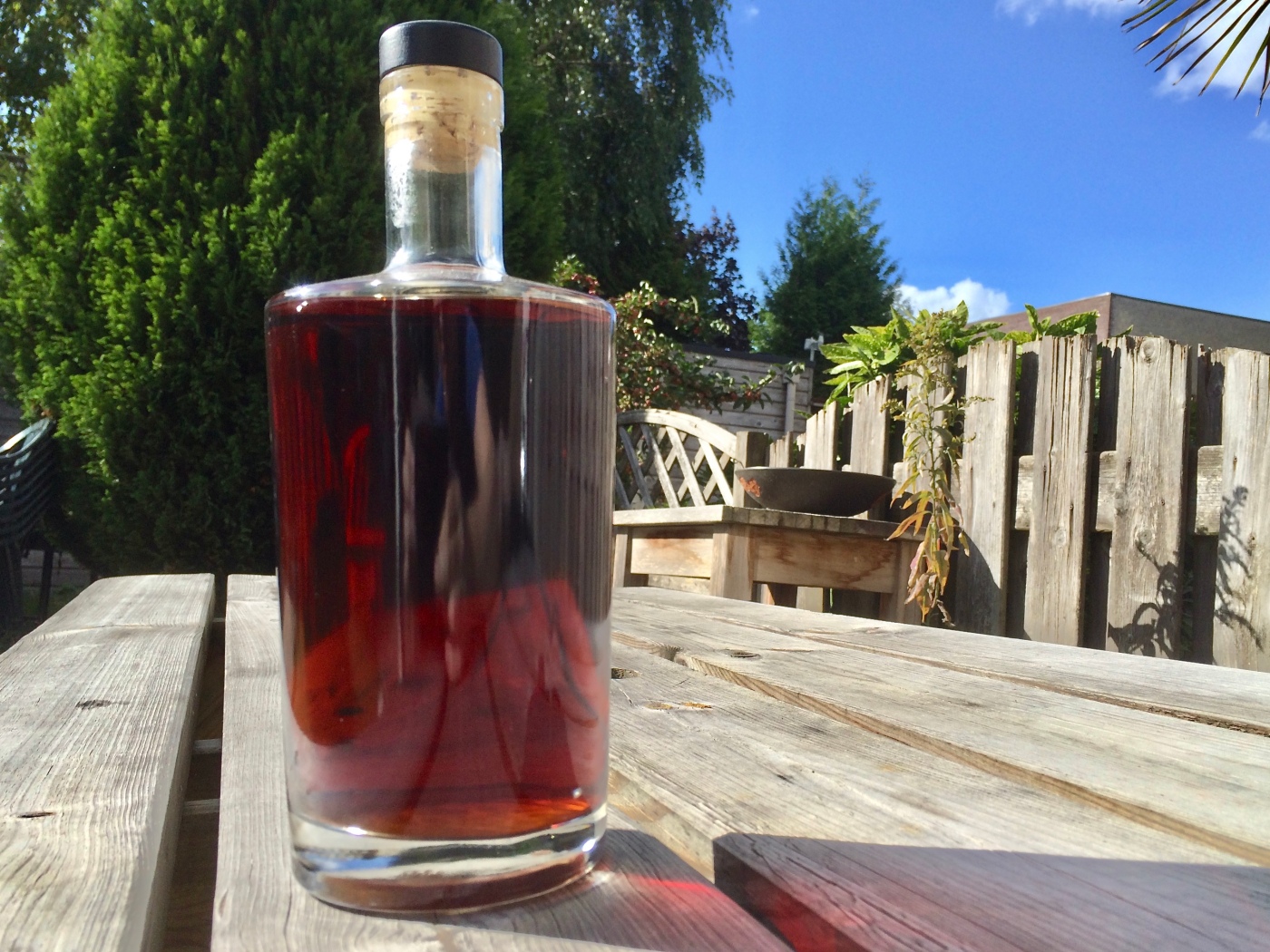 Ever since the Turv Exloo Distillery burned down in March of 2017 the opportunity to see how this Dutch spirit would mature, over time, into Whisky, has been taken away. Stock of barrels were also burnt. I do not know if an offsite stock is still maturing somewhere else, but those will undoubtedly be under curatorship.  The only remaining stock of Casks are, as far as I know, the ones that were put on display in specialised whisky stores around the northern part of the Netherlands.

One of those stores is DRAMTIME in Musselkanaal. I visit this excellent store ones a year while I am on vacation in the area. This year I was also there browsing, enjoying a coffee, talking whisky with two gentlemen. Tom-Roderick, one of the shop experts was kind enough to offer me a glass of Turv Exloo from the barrel. If I wanted to nose it again?

I was able to taste this dram, from the same barrel, in 2017 as well and at that point in time the spirit was still quite young and having typical methanol, banana-notes. 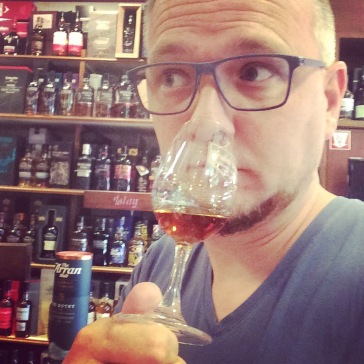 This year however the spirit was having a nose that has raisins, vanilla’s and sweetness on it. Notes you would expect on a ex-sherry cask. This is from a 10 litre American oak cask. I was totally expecting an over-oaked nose, but this was not the case at all. This is turning into one interesting “Whisky”.

Everyone in the store was quite surprised about the nose. “Sweet” was one of the words used to describe the nose. When using American Oak “Sweet” is something you can expect.

I can be a cheeky person. So cheeky that I asked if it would ok if I bought a bottle from the cask. Tom-Roderick said that that would be fine. So when 70 CL was put into an empty bottle the cask was just about empty. Sorry!

Ones at home I found an empty non branded bottle from the saverglass company that ones held Corsair Tripple Smoke. Cleaned it with boiling water. Then a little 96% ABV ethanol to really clean it. Decanted the whisky into it and below one can see it is about 750 ml worth of whisky.

The age of this whisky is more then two years, so if we were have been in the USA this would have been a legal bourbon style dram. According to a whisky friend this was put in the cask at 43% ABv somewhere during May/June/July of 2016 after it had aged for 3 months in a larger cask. So this dram is about 2 years, 3 months and some weeks old.

The mash-bill of this whisky (I am using the USA definition for whisky) was an unknown percentage of rye, corn, spelt, malt and a fifth grain. This mash-bill in combination with American Oak would suggest bourbon-esque flavours and odours.

I haven’t printed a label yet, and I haven’t thought of a name yet, but this truly is a limited edition single cask single bottle whisky.

In short it is: