During my vacation in the province of Drenthe right here in the Netherlands I was talking to a liquor store owner in Assen. I was asking him if he still had some bottles of “Den Hool” left. The answer was no, but he would be able to get something new from Drenthe rather soon, if I was interested?

Added Comment: The distillery has burned down and the owned dies in the fire. So all the information below has to be read as “what was” and “what could have been”. Rest in pease Thieu.
Off course I was and he informed me there is a new distillery from the village of Exloo called “Turv” which had matured some excellent dram for, wait for it …… three months and that the result was surprisingly mature! “Turv” he said was local tongue for “turf” which translated from Dutch to English means “Peat”.
So there is a new spirit out:

My first response to the owner of the liquor store was that these guys must have use new heavily charred small American oak barrels for it to aged this fast with any kind of result. He did not know at that moment in time, so I decided to find out myself.

I spend one minute finding the website: http://www.turv.nl and it, for now, links to the Facebook page of the distillery
Here I spend a happy couple of hours browsing the timeline of this distilleries creation. Starting at the first entree I read forward in time, seeing how the distillery was created.
First thing you need to know is the name of (one) of the owner(s) and head distiller. Meet Thieu Smakman. From what I read on Facebook, and having bugged him in a chat, this man doesn’t do low quality. He doesn’t do average quality either. 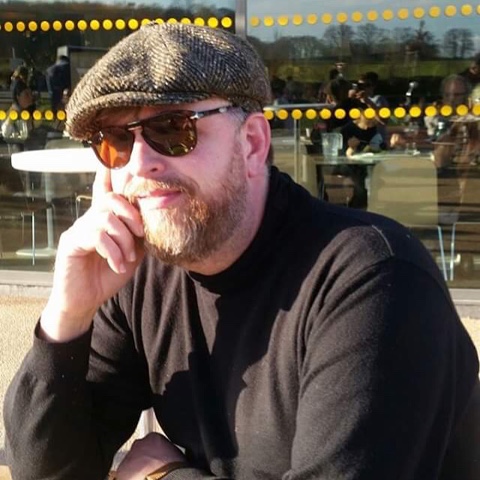 Second thing you need to know is the terroir. The distillery is located in Exloo. Exloo is part of the UNESCO world heritage area called Hondsrug. The water the distillery uses comes from deep in the ground. The distillery drilled it’s own well thru a sand-layer left by the last ice age. Then a “keileem” layer that works like a impregnable stopper ending up in a layer of sand that was bare during, not the last but the ice age before that. The water from this sand layer is supposed to be very rich in minerals and hasn’t been toughed for over one million years. This results in an exceptional source of water, that lacks only one thing. Oxygen. So after pumping it up its oxygenated at the distillery.

Third thing is that they mash at the distillery. Fourth thing is that fermentation is done at the distillery too. I will add more info about this later.
Then distillation is done in what I thought was a Kothe still. I asked and was informed that Kothe could not meet the specifications of this still. The head distiller put some very hefty design and quality specs on the still that Kothe could not meet. The Christian CARL artisan distilleries and brewing systems company could meet the specifications.

I need to check but Turv uses a pot still followed by two column stills and a condenser. The pot still is steam powered. The fun stuff is they have added a real type alcohol diagnosis system that can monitor, real time, which kinds of lighter and heavier alcohols are produced. I have to figure it out but what it looks like is that there is more than normal control over the distillation process and products.

Note: 1-aug-2016: I did, sorta, figured out the distillation process and it is absolutely a revolution in the whisky industry. Read more on this blog entry about, what I call, “Selective Congener Distillation”. 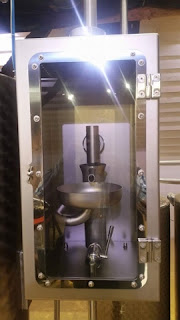 The barrels Turv uses are from http://www.worldcooperage.com/main/connect, probably made at the French location, with a level 3 char, as far as i can see on the photos. This cooper sells American, French, European oak but also hybrid types of barrels. Which one Turv used became clear after talking to the head distiller. They use American oak with a char that is custom for Turv. The Oak’s was hand selected by the head distiller. 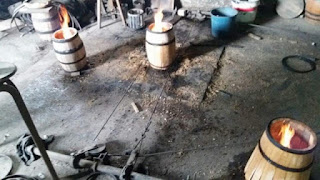 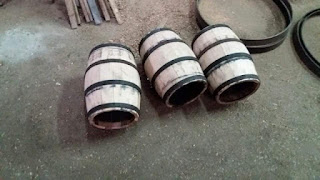 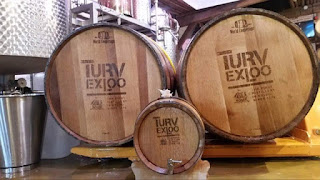 The amount of time spent in the barrel was about 3 months. Then it was bottled to honour the start of production. This three months is naturally very short maturation which will show in the dram. 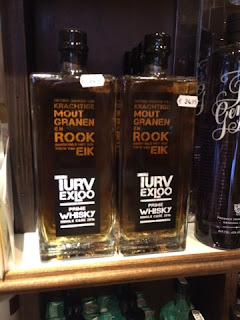 Via Twitter I came into contact with a store close by my vacation location and I was able to go to the store outside normal opening hours. Please check out http://www.dramtime.nl
I bought 2 bottles and a bottle of the gin. 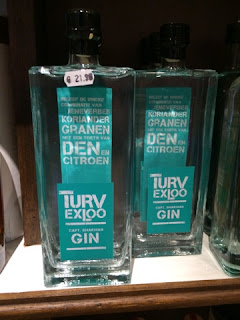 Tasting notes after I first opened the bottle.

The nose is familiar. It reminds me of the artisan distillers of the USA. Pungent, drying. “Bourbon like” in the sense that single malt drams from the USA matured in American White Oak smell simular, but not equal.

Note: 01-Aug-2016:
After opening the bottle and nosing it for a 4th time, the solventy note is gone.

I am pleasantly surprised by the total effect of this young spirit. My advice would be is to let it breath for a bit to get rid of the “spiritus” nose, which quickly goes away. The wood influence is clearly mainly spice. The vanilla sweetness is there, but only more maturation time will give it more of the vanillin. There is lightly fruitiness, mainly banana and slight orange.

What I learn from this is that active wood is a main driver is adding flavour to a dram. This was not unknown to me, but this is the first three months maturated dram I tasted. I plan to go to the distillery and hopefully I can take some new make with me. Just to compare flavour notes.

There is a risk to using these kinds of active casks. I personally like the “bourbon” tastes that I associate with this kind of spirit. Spices, Clove, nutmeg, sweet, vanilla, caramel. Buying new casks is an investment, but also a risk. The only way of consistently reproducing the taste of “prime” is by using virgin oak. After using the casks that made this dram again, the result will never be the same, but at most “simular”.  This also gives options, meaning there could be consistent drams from the Turv distillery based on virgin, refill, second fill etc maturations.

The 10 litre barrels that are available for liquor stores are active little barrels. Depending on how much time they spend on the counters they will mature very fast and drift away from the tasteprofile  that is present in the bottles of prime! Any whisky enthusiast will know this and use it to their advantage!
Added comment:
Later in the year the distillery chose to remove the word “Whisky”  and “Exloo” from the label. Now you can buy this as “Prime”. Which is not “New make” or “moonshine”, but an indication of short maturation.